İt is spoken in the article one of the most important artifacts kept in  National Museum of Azerbaijan Literature named after Nizami Ganjevi  Mihrab of Pir Huseyn Khanegah foumd near Pirsaat river in Hajigabul region of Azerbaijan. Paper touches upon the history of research the monument. Khanegah was built near tomb of  XI century Sufi sheykh Pir Huseyn Ravani younger brother of  the famous Sufi poet and philosofer Muhammad Bakuvi. The Khanagah was the safe place for homeless sufis and used as as venue for ceremonies and rituals. It was built on caravan route linking Shirvan to muslim and Western countries From XI to XV century mausoleum was a popular place for piligrims and  the area and decorations of the complex were widened. The monument first was studied by russian scientist Ivan Bartolomey in 1858 later such scientists as B,Dorn (1861), R Khaki (1923), V.Sisoyev (1923), Krachkovskaya, L. Bretanskiy,  M.Nemat created resesearch works analyzing structure of construction and the most important part of the monument-decorative tiles . Since XIX century the most part of the tiles that are of great historical -aesthetic value were stolen and taken to museums and private collections. In 1940 Mihrab and some part of decorative tiles  were taken to Nizami Museum in order to preserve the valuable piece of medieval Islamic art. Nizami museum the unique place where Mihrab and tiles- interior decorations are kept in exhibition complex recreating the real view of the monument. 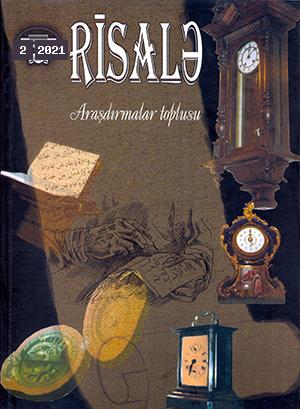