azenru
History of reconstruction of portraits of Azerbaijani literatures in the National Museum of Azerbaijani Literature named after Nizami Ganjavi
Irana Ibrahimova
iradaislamzadd@gmail.com

This year the National Museum of Azerbaijan literature named after Nizami Ganjavi celebrate 80th anniversary. In 80 years has grown beyond the local borders to become a well-known museum with its collection in the world. There are many portraits of Azerbaijani litterateurs among the museum objects. The portrait depicts the external appearance (and through it the inner world) of a concrete, real person that existed in the past or exists in the present. Paintings as they age become damaged due to the natural degradation of the constituent materials or by physical forces applied (accidental and intentional) to the art work. The condition of museum objects is constantly threatened by influences from the environment. These negative environmental conditions can be summarized as: extreme fluctuations of temperature and relative humidity, exposure to high levels of daylight, artificial light, ultraviolet and infrared radiation, the presence of mould and museum pests such as insects and rodents; fire, burglary and vandalism. In studying paintings museum curators are often confronted with issues regarding restoration history, reconstruction and technical examination. This article deals with the increasing importance of the interaction with painting restorers in resolving the portrait's genre's questions. The subject is being illustrated by paintings of famous artists of Azerbaijan from 1940-60s at the National Museum of Azerbaijan literature named after Nizami Ganjavi 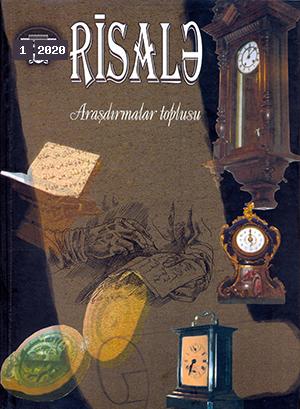